Top 10 most populated state in Nigeria 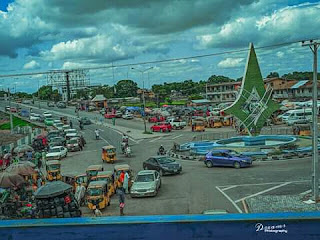 Nigeria population is divided among 36 state in Nigeria and Kano Lagos have highest number of residents.

in this article, The list and ranking we be base on residents and populated palaces in various state in the country

Kano state is the most populous state in Nigeria,According to citypopulation Kano have about 25 million residents.

Kano state is known as center of commerce ,and has one of the biggest industries bases in nation, Kano state have 44 local government area

Lagos is the righest state in Nigeria

River stare is one of the most populous state in Nigeria with about 11million residents according to 2006 census.

Kaduna is a center of learning and home of Nigeria defense academic (NDA) and college of aviation technology and have most prestigious university in the country Ahmadu bello university (ABU Zaria).

Katsina located in northhwest of the country and home to president Muhammad buhari (CFR),the major tribe in Katsina is Fulani and Hausa Fulani and Muslim are the majority in Katsina

Jigawa state is located in northern region of Nigeria

Bauchi is located in northern region of the country with about 7 million residents and home to late Sir Abubakar Tafawa balewa the first prime minister in Nigeria.

Is not easy to figure out the exactly population of a particular state or area that mean we can’t relay on the statics given on this article.