Terry Apala biography and Net worth, Career, Awards and Nominations

Apala was born in Lagos, Nigeria, to Jeff Ejeh, a banker and it was here that he first began his journey into entertainment at the age of 12. He was part of a dance group called “Mezo Soprano” which went on to perform at the launch of “Kanu Heart Foundation” in 2000. 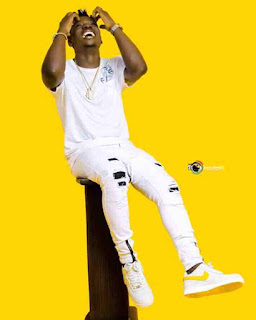 Terry left the group and decided to embark on a solo career. He released his debut mix trap “Champagne Shower” which launched him into the mainstream. 2017: Shape of You, Ed Sheeran cover On 14 April 2017 he released a cover of Ed Sheeran’s single “Shape of You”.The cover won him “Best Music Cover of the Year (International)” at the City People Music Award 2017. That same year, he was nominated for “Apala Artiste of the Year”. ` Terry was nominated Rookie of the Year at the 2016 The Headies Awards, and “Most Promising Act to Watch” at the 2016 Nigeria Entertainment Awards .

In 2016 he was Nominated as Rookie of the year in Headies Award.

2016 he was Nominated as most promising act to watch in Nigeria Entertainment Award.

2017 he won best music cover of the year (international) at city people award.

2017 he was Nominated as artist of year at city people award.