Over the last few years, gospel music has become quite lucrative. Many of the gospel musicians often make hundreds of thousands of naira from their music engagements and some of their songs have become popular even in the secular world. In this post, we take a look at the top 10 richest gospel musicians and their networth. 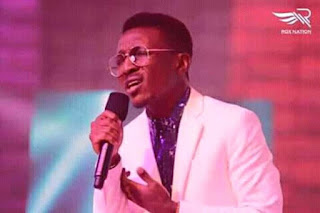 10 Richest Gospel Musicians in Nigeria & Their Net Worth

Sammie Okposo (born 30 May 1971) is an international Nigerian gospel artist. He is also a music producer, psalmist , and CEO of Zamar Entertainment. He released his first album Addicted in 2004. He has collaborated with many other artists in the gospel and soul music fields, has performed regularly in Africa , Europe, and North America , and curates a series of concerts called SOPP (Sammie Okposo Praise Party).

His most recent album, The Statement (2018), was produced by the Grammy-winning Kevin Bond.

Frank Ugochukwu Edwards (born July 22, 1989) is a Nigerian Contemporary Gospel singer and songwriter from Enugu State. He is the founder and owner of the record label Rocktown Records, which is home to recording artists such as Edwards himself, Gil, Divine, King BAS, Nkay, David, Dudu and Micah Heavens, among others. He lives in Lagos, Nigeria .

Nathaniel Bassey is a Nigerian gospel artist, born in Lagos in 1978. He is popularly known for his song “Imela” “Onise Iyanu” and “Olowogbogboro.” Nathaniel Bassey is the brain behind the #HallelujahChallenge , where he, together with other spirit filled believers worships God for an hour, from 12:00 am to 1:00 am. He streams this event on his Instagram page and invites others to join him. In less than a month, the event had over 600,000 views.

The #HallelujahChallenge for 2020 was held from 4 to 24 February. Nathaniel’s debut album Elohim was recorded and mixed in Cape Town, South Africa in the year 2008. It has been described as a spiritual and Artistic masterpiece with the hit track “Someone’s knocking at the door” a soft-rock tune currently generating so much interest locally and internationally.

Osinachi Kalu Okoro Egbu , known professionally as Sinach , is a Nigerian singer, songwriter and senior worship leader at Loveworld . She is the first singer-songwriter to top the Billboard Christian Songwriter chart for 12 weeks in a row. Her song, Way Maker bagged three nominations and won the Song of the Year at the 51st GMA Dove Awards , making her the first Nigerian to win the Award. She has released 9 studio albums with several gospel hit songs, including ” Way Maker”, “I Know Who I Am”, “Great Are You Lord”, “Rejoice”, “He Did It Again”, “Precious Jesus”, “The Name of Jesus”, “This Is My Season”, “Awesome God”, “For This”, “I Stand Amazed”, “Simply Devoted” and “Jesus is Alive”.

Label: House on the Rock

Oyenike Laoye, known professionally as Nikki Laoye, is a Nigerian recording artist, singer, humanitarian, songwriter, dancer and occasional actress, renowned for her musical expressions and stage performances. As a recording artist, Laoye’s music has earned her several awards including The Headies Award in 2013 for Best Female Vocal Performance and the All African Music Awards (AFRIMA) in 2014 for Best Female Artiste in African Inspirational Music. She is also well known for the 2006 hit song Never felt this Way before , the 2013 dance single ” 1-2-3 “, the soulful ballad ” Only You “, which she remixed in 2016 featuring Seyi Shay and the love song Onyeuwaoma featuring Banky W.

Eben was born and raised in Lagos, Nigeria , the fifth of six children. He is from a Christian family and attended Orile Primary School, and Community Grammar School, Orile, Lagos.

Tope Alabi , also known as Ore ti o common , and as Agbo Jesu (born 27 October 1970) is a Nigerian gospel singer, film music composer and actress . Tope Alabi was born on 27 October 1970 in Lagos State, Nigeria to Pa Joseph Akinyele Obayomi and Madam Agnes Kehinde Obayomi. She is the only daughter out of the three children in the family. She is married and has two daughters, Ayomiku and Deborah. She hails from Yewa, Imeko of Ogun State, Nigeria.

Lara George was born on June 22, 1978 (age 42) into the family of Oluwole Bajomo in Lagos State , the administrative division of Nigeria . She attended Queen’s College, Lagos before proceeding to the University of Lagos, where she obtained a master’s degree in Architecture.

See Also: 10 rapper accused of been in illuminate

Gozie Okeke is a Nigerian gospel artist and music producer who is well known for his best selling album titled Akanchawa. He is married to veteran gospel singer Princess Njideka Okeke whom he introduced and nurtured in the art of singing. One of her album series, Ministration worship sold millions of copies.